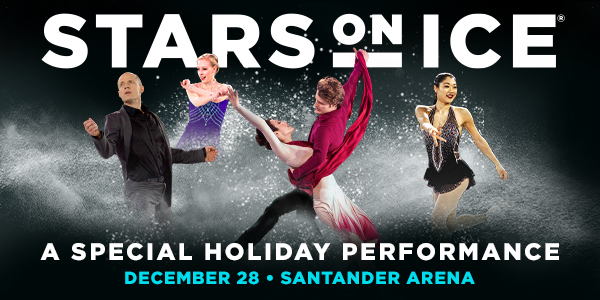 This year’s Stars on Ice production will ensure skating fans don’t suffer from the post-Olympics blues.

Tickets for the 2019 Stars on Ice performance in Reading go on sale Friday, November 1st. Tickets start at $27.50 and are available at ticketmaster.com. Limited on-ice seating is available upon request. Group discounts are available for parties of 10 or more by calling 610/898-7204. A limited number of passes for a post-show Meet & Greet with the skaters are available at www.starsonice.com.