With four Canadian championship titles before he even became a teenager, Nam Nguyen demonstrated not only extraordinary talent, but also the dedication and determination to rise to the top of his sport. In 2015, he added a Canadian senior title and a top five finish at the World Figure Skating Championships to his resume, making it clear he has what it takes to be a force in the skating world.

Not content being known as the youngest skater to win Canadian junior and senior titles, Nguyen has focused on becoming the best. Landing two clean quadruple jumps in his free skate, Nguyen reclaimed the Canadian title in 2019.

“I always strive to improve more,” said Nguyen. “I don’t focus too much on my achievements for a long period of time. I like to keep working hard.”

He has worked with some of the best choreographers in the sport, including David Wilson and Jeffrey Buttle, to refine his style. This season, Canadian icon Kurt Browning helped craft Nguyen’s free skate, which is set to music from the film La La Land. Nguyen had a hand in picking the music and had input on the choreography.

Nguyen first took to the ice at age 5 to play hockey. A year later, he started skating lessons to improve his hockey skills and fell in love with figure skating. He gave up hockey at age 8 after winning his first Canadian title, juvenile men.

When a coach shared with Nguyen and his parents his thoughts on Nguyen’s long-term potential in the sport, they were all a bit surprised. His parents were dubious, but Nguyen had an inner conviction that the coach was right.

“Something inside told me that I actually do have the potential and in order to make that happen I’ve got to train really hard for it,” he said.

“I watched and learned from the two best skaters in the world,” he said. “Taking whatever helped them and trying to apply it to my own skating.”

The discipline of skating carries over to his daily life. Whether it is working to support his training, cleaning his room, eating healthy food or going to bed on time, he is diligent and determined. Nguyen, who has gone from the tiniest competitor to the tallest at five-foot-10, now trains in Richmond Hill, Ontario, with Robert Burk, who helped him adjust to his huge growth spurt and fall in love with skating again.

At the 2010 Olympic Winter Games in Vancouver, BC, Nguyen was chosen to perform a solo in the figure skating exhibition. “I was very happy and felt so grateful to represent the youth in the province of British Columbia and also for all the young kids in Canada showing the world that we love to skate and like to entertain people,” Nguyen said.

Today, he is still driven by a love of performing.

“Whenever I’m at a competition and there’s a large number of people watching, I feed off of their energy when they support me,” Nguyen said. “I like to perform for the audience and for the judges too because it takes the pressure off. It allows me to have fun and do the best I can.” 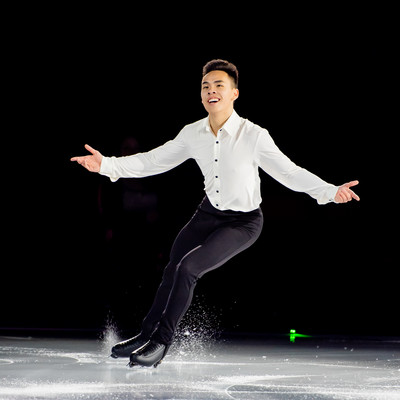 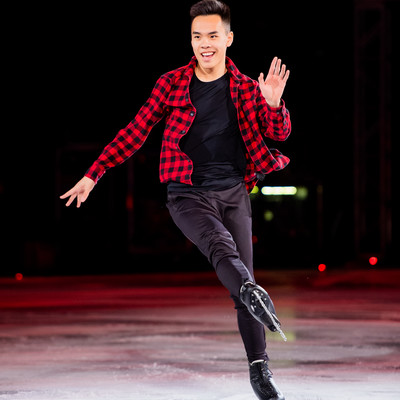