By "The He Said She Said Experience" (thehesaidshesaidexperience.com) 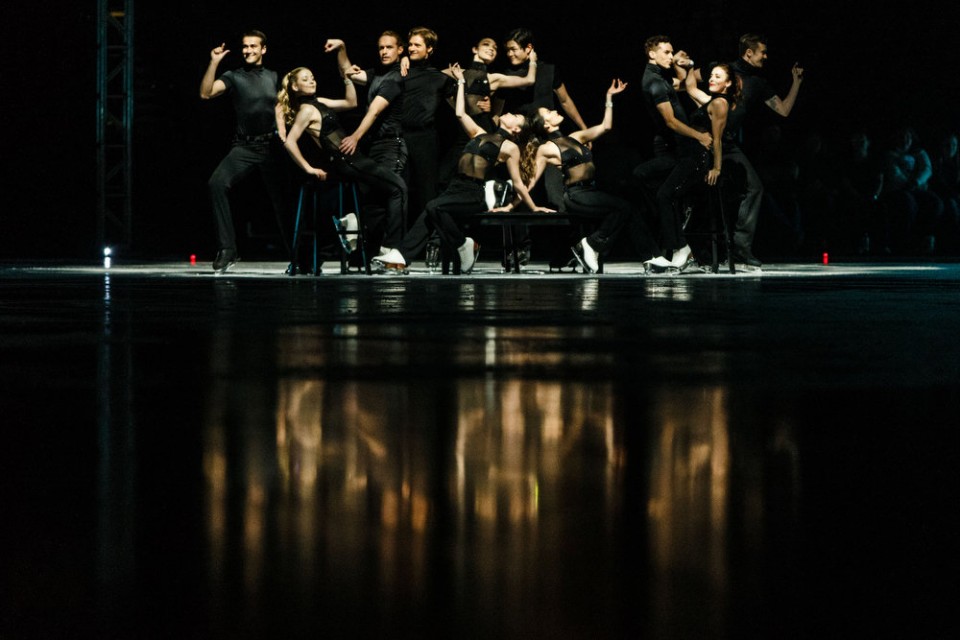 Some people look forward to various milestones in a year. If you’re a big fan of particular sport you look forward to various games or championships. I’m a HUGE fan of figure skating and something I look forward to every year is attending Stars on Ice. They produce the best tour with elite skaters and is a great chance for fans of figure skating to see the sport’s brightest stars in a more relaxed setting than competitions. This year celebrates Stars on Ice 30th anniversary and they have truly put together an amazing show. Stars on Ice 2016 tour #E-motion is full of the fantastic group numbers that the tour is known for in addition to allowing audiences to see skaters performing both competitive and exhibition numbers.

Stars on Ice’s #E-motion contains some America’s best and brightest skaters from reigning Olympic champions Meryl Davis & Charlie White to national champions Adam Rippon, Gracie Gold as well as Ashley Wagner and Madison Chock & Evan Bates plus other great skaters. It’s a tour jam-packed with talent and the show will definitely have you feeling #e-motional with joy and pride at our nation’s talented skaters!

One of my favorite things about Stars on Ice is the group numbers. Whether it’s Madison Chock, Meryl Davis, Gracie Gold and Ashley Wagner packing a punch of sassy girl power into “Sour Cherry” or the dynamic opening and closing numbers #E-motional will having you dancing in your seat. My favorite group number was getting to see all three ice dance teams (Davis & White, The Shibutanis and Chock & Bates) skating an uplifting and ethereal dance to Andra Day’s “Rise Up.” I dare you to watch without feeling moved

Americans have a lot to be proud of where our figure skaters are concerned and in Stars on Ice #E-motion audiences get a chance to view some of the beautiful competitive programs that our skaters have wowed with this season. Ashley Wagner’s sassy “Hip Hip Chin Chin” proved delightful and displayed just how much this girl can skate! I’ve cried every time that I watched Maia & Alex Shibutani skate their breathtaking free skate to Coldplay’s “Fix You” and seeing it in person was truly thrilling. The speed, the twizzles- it’s amazing!

It’s impossible to pick one or two favorite programs from the Stars on Ice #E-motion tour because there are so many great performances. The always-elegant Maia & Alex Shibutani grace the ice with a beautiful routine to “Clair de Lune.” Gracie Gold shows her flair for dramatic and triumphant performances with “Maybe This Time” and “I Was Here.” Meryl Davis & Charlie White’s sophisticated skate to “Dreams” by Imagine Dragons shows audiences the power and creativity of this team. Madison Chock & Evan Bates steal the show with their brilliant “Everybody’s Free (to wear Sunscreen)” program. Their skating and performance so perfectly captured the human experience; making me both laugh and cry.

Does it sound like I spent most of the evening in some state of high emotion? Well, I did and I think that proves how spectacular Stars on Ice’s #E-motion truly is. Art is supposed to make you think and feel and that’s exactly what the show accomplished. As a performer myself, I can think of no higher accolade from an audience member than to know that a performance touched them. Whether you’re a serious fan or a newbie fan or maybe just curious about figure skating - don’t miss this show. Just make sure to take to tissues and be ready for truly memorable night of skating.

Every year I go to Stars on Ice wondering how it will be as good as the year before, and every year it is! This year’s show, #E-motion, does a great job of reflecting on the past 30 years of Stars on Ice and looking towards the future of the sport of figure skating. They brought in practically every current national champion and other performers that are at the top of their game right now. It was so exhilarating and beautiful to see all of these skaters together. There was so much great skating at Stars on Ice this year that it’s hard to know that to talk about. I could go on all day about how fun it was.

It started off with a really cool number filled with emotive tableaus set to “Set it in Motion” (Staten Island Groove). It was very interesting to see all the different poses from the different skaters.

Adam Rippon stunned with his National Championship winning Beatles medley. I have to say that I wasn’t as enthused by this program during the season, and unfairly so because I loved seeing it at Stars on Ice. It was fun and showed off his impressive jumping ability, in a way that is always more incredible in person.

I always love Ryan Bradley’s performances. I feel like he’s got a pipeline right into the back of my brain, and really wish I could get to see what’s on his iPod! His routine to One Republic’s version of “Love Runs Out” was no exception, and left me singing that song for the whole car ride home.

Stars on Ice had multiple numbers this year that were updates of older pieces. They did a great number several years ago set to “The Sound of Silence.” This year, Ryan Bradley, Adam Rippon and Jeremy Abbott skated to a breathtaking update of this performance to the cover from the band Disturbed. It was haunting and amazing.

Another call back to previous years was the delightfully cute number that Chock and Bates skated to Baz Luhrman’s “Everybody’s Free (To Wear Sunscreen).” It was really playful, but showed off beautiful movements and tricks as well.

Ice dance has become my favorite discipline over the past few years, and that was represented very well at this year’s Stars on Ice. Meryl Davis and Charlie White’s number to “Dream” will have you wonder why they aren’t competing right now, because it’ s on par with most competitive ice dancing. It was emotive and technically impressive.

All of the ice dancers on the tour this year teamed up for an inspirational group number to “Rise Up.” It made me want to take on the world, and the different couples did such a great job making it feel small and inviting as well.

For me, the highlight of the evening was seeing the routine that won Alex and Maia Shibutani their National Championships, and the silver medal at the World Championships. Kari and I have gushed over how great their “Fix You” free dance was all season, so it was beyond words how wonderful it was to see in person. It’s so powerful and passionate. I loved it so much I hated for it to be over. I could watch them dance this number over and over all night and think it was one of the best shows on ice.

So it was a stellar show. My words fail me for just how much I enjoyed it. It was a great night full of amazing figure skaters doing crazy things that will pull at your heartstrings the whole time. I definitely felt the #E-motion!