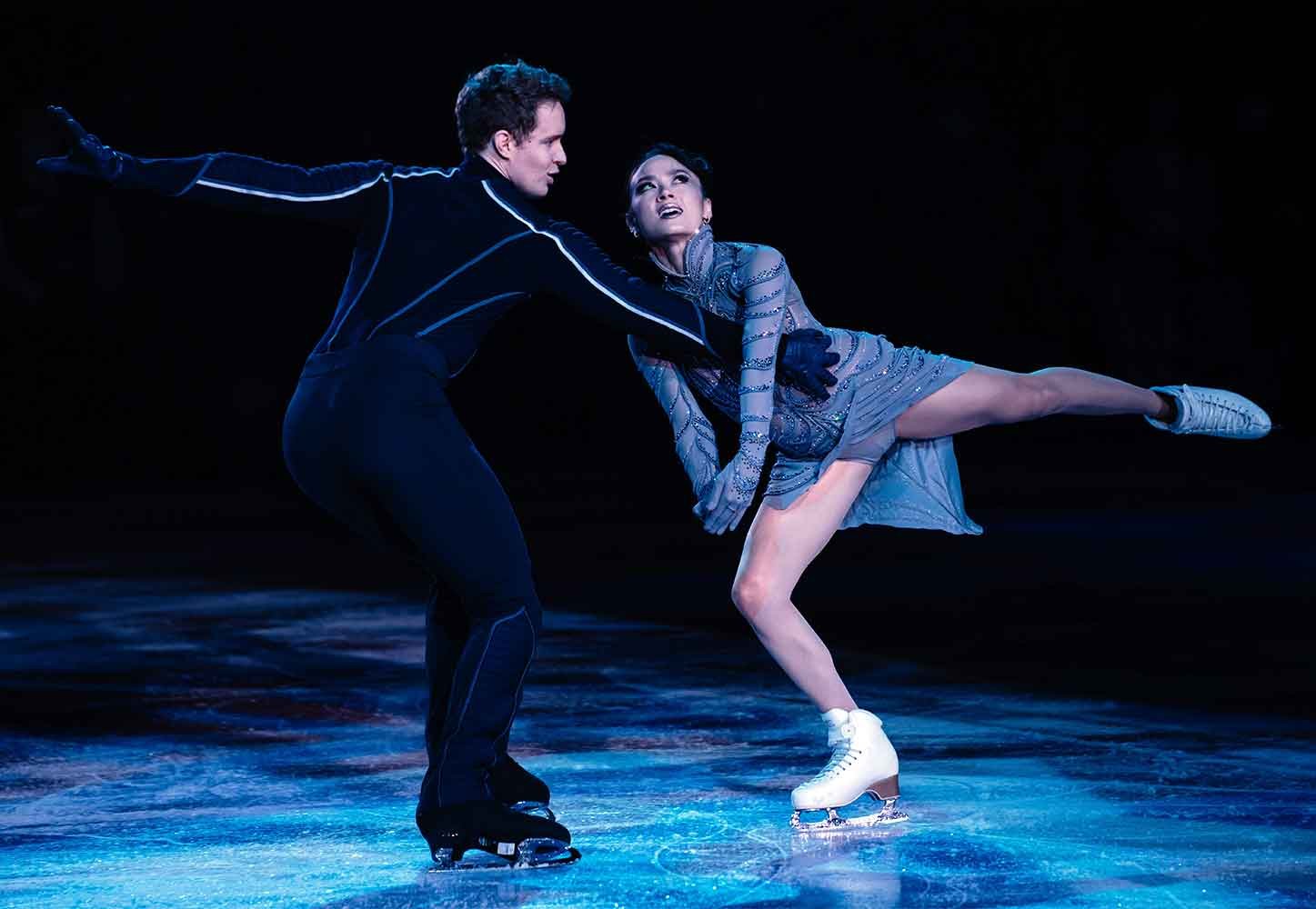 Long Island’s UBS Arena welcomed a group of award-winning figure skaters on Sunday, May 1 including Mariah Bell, Vincent Zhou, Alysa Liu and Olympic gold medalist Nathan Chen amongst many others. The talented skaters took to the rink to perform awe-worthy routines. Notably absent from the show was Karen Chen, who had to skip the performance due to illness. From the sparkling costumes to the amazing tricks, the audience was wowed by the incredible talent displayed on the ice.

The arena was filled with eager fans waiting for the show to start. The crowd included people of all ages: the elderly, adults, children and even toddlers. After the surge to find one’s seat (which was not made easier by the arena’s uniquely confusing signs), the audience was bustling with excitement for the routines. The colorful lights illuminating the ice and the projections of the show’s logo built upon the exhilaration in the air.

The show opened with a group number by the cast to AC/DC, which featured backflips (most notably by Chen) and impressive lifts from the pair of skaters Madison Chock and Evan Bates. Before each solo, adorable montages of the skaters as children were played on the screens on the sides of the stage before their entrances, as well as an announcer voiceover naming the titles each skater held. Each dance had a different theme and energy than the last. The one-of-a-kind performances ranged from a solo by Bell to an Ariana Grande mashup to Liu’s routines that featured a “Squid Game” inspired costume and K-pop music. A true connection between the audience and the skaters could be felt, with everyone feeling overjoyed to see in-person entertainment once again. This was aptly demonstrated by Jason Brown’s giddy jumps and waves following his solos.

The costumes for the group performances included glistening red suit jackets and airy skirts during a number of various songs by The Weeknd, as well as over-the-top feathery and patriotic outfits for an Elton John-inspired finale. Stunning the audience with their incredible tricks and ability to glide across the ice in unison, the cast’s performances were nothing short of magical. Of course, this would not be a proper evaluation of the show without discussing the Quad King himself. The arena erupted in the loudest cheers and applause before Chen even stepped onto the ice for his Rocketman solo, which included many quad jumps and flips, as well as many waves and smiles for those in the front row.

Even as the audience filed out of the arena, the amazement did not die out. Kids were twirling about, mimicking what they had just seen. Needless to say, the show was not only remarkable but inspiring as well. Who knows, maybe one of the young onlookers from the audience will be spinning on the ice rink for future tours to come. For more information on where the skaters are off to next to perform, be sure to check the “Stars on Ice” website.