Bradie Tennell went from going about her training and her life quietly in her home state of Illinois to becoming a figure skating sensation almost overnight.

But for those who know her and her journey to national and international prominence, it is evident that she did not just wake up one morning and decide to become an Olympic skater. There were many hours of preparation, injuries to overcome and other challenges en route toward becoming one of the steadiest skaters in the world.

Bradie began skating when she was 2½ and loved it from the moment she first set foot on the ice. Even when she fell, she was smiling, once telling a reporter she fell and then played with the snow on the ice.

Bradie and her two younger brothers have been raised by their mother, Jean, a registered nurse, who has worked multiple jobs to keep her on track with skating and her brothers in ice hockey.

Skating was fun for Bradie but she battled early obstacles. For starters, she was placed in orthotics at just 11 months and when she was 5, she worked on coordination by jumping rope.

Nevertheless, Bradie, called a “scrapper” by her longtime coach, Denise Myers, persevered and started climbing her way through the skating ranks. She placed fourth at the U.S. Championships at the junior level in 2014, and then returned to the national championships the following year to dominate the junior competition and claim the U.S. junior title. She was skating strong, landing triple-triple combinations, but a few months after winning the title, she suffered stress fractures in her back.  The road back was not easy as she was forced to wear a back brace and then suffered more stress fractures and setbacks.

She worked hard off the ice, especially with Pilates and physical therapy, to get back into top skating shape in 2017. Bradie emerged from skating’s shadows over Thanksgiving weekend when she placed a stunning third at Skate America, one of the top international events of the season. That performance, her first at an international Grand Prix event, catapulted her into the Olympic conversation.

Then at the U.S. Championships in San Jose, California, she skated two clean programs to win the national title and secure a spot on the U.S. Olympic Team.

Her free program, skated to music from “Cinderella,” was ever-so fitting as she became the Cinderella story of the Winter Games.

While in PyeongChang, South Korea, Bradie helped Team USA win a bronze medal in the team competition, and she placed 9th in the ladies’ competition. She went on to compete at her first World Championships in Milan, Italy, and was the highest U.S. finisher in the women’s event in sixth place.

Bradie Tennell might not have been a household name several months ago, but her hard work, consistency and persistence have turned her name and her story into one heck of a fairytale. 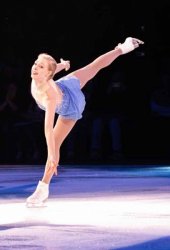 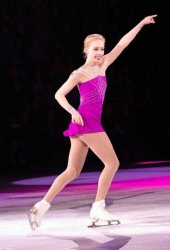