Karen Chen might not even be 5-feet, but she is standing tall these days.

And everyone looks taller when they are standing on top of the podium.

Just 17 years old, Karen skated her way to the top of the skating world at the U.S. Figure Skating Championships in Kansas City, and she will lead Team USA to the World Championships in Helsinki, Finland, in March. With about a year to go before the 2018 Olympic Winter Games in PyeongChang, South Korea, Karen has become a breakout star at the perfect time.

Always known for her grace and jumping ability, Karen had struggled to showcase her full talents because of lengthy boot problems and injuries. But she put all of her problems in the past when she came to Kansas City.

“There was definitely a lot of pressure, knowing that I skated the short of my dreams,” Karen told reporters after her stunning victory. “I wanted to follow it up with a close-to-perfect long, and I put some pressure on myself knowing that winning this thing or even just getting on the podium was definitely a huge possibility. And I just wanted to chase after that thought and just kept pushing through.”

Born in northern California to immigrants from Taiwan, Karen first laced up skates when she was just four. A couple of years later, the sport became her passion, and she has devoted her life to skating ever since. Her brother, Jeffrey, also became a skater, and their mom decided to relocate to Southern California to train with Tammy Gambill.

In 2011, she claimed first place at the intermediate level at the U.S. Junior Championships, and she followed that up by winning the national novice crown in 2012. In 2015, she made her senior debut at nationals, dazzling the crowd in Greensboro, North Carolina, by winning the bronze medal.

It was a disappointing finish at the 2016 national championships; but she came back with a vengeance in 2017. She not only won the short program but she captivated the Kansas City crowd with her free skate to win her first U.S. title. This year marked the first time since 2011 that neither Ashley Wagner nor Gracie Gold won the U.S. ladies’ title.

Although she is just starting to make a name for herself, Karen is no stranger to accomplished skaters. Olympic champion Kristi Yamaguchi, who hails from the Bay Area, has been a mentor and big supporter of Karen’s. Kristi has invited Karen to be a guest performer in her benefit ice show, and she has been a scholarship recipient of two-time Olympian Michael Weiss and his foundation.

In addition to her training, Karen enjoys teaching group skating classes at her rink. Off the ice, she likes to paint, read and listen to music. Karen is a fan of Totoro, a Japanese cartoon anime character.

Karen hopes her momentum is just getting started.  And though she might be small, she sure does pack a punch. 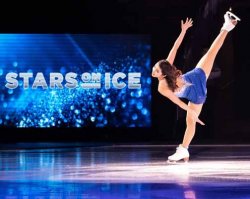 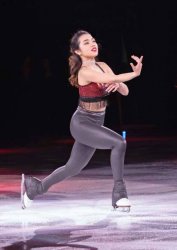 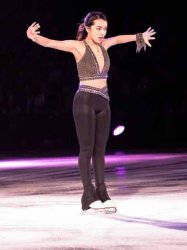